The Vikings originally worshiped many gods. They told stories about their gods; these stories became known as Norse myths. Odin was the ruler of their gods. Thor, the most famous of their gods, ruled over storms. He had a magic hammer and people loved him. Loki was the trickster god. 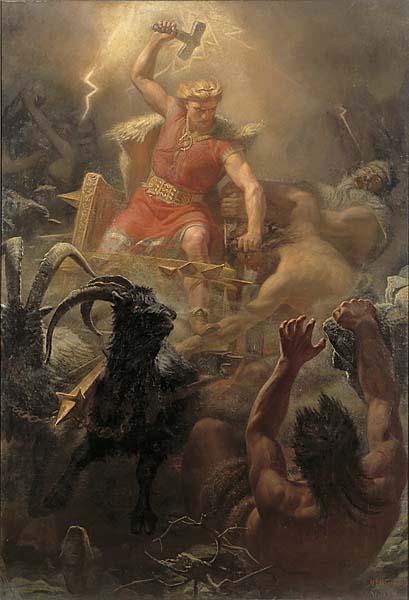 When someone died, they were buried with some possessions to take to the afterlife. Chiefs were put on their ships with treasure and weapons. They might bury the whole ship, or the ship might be set on fire.

Vikings wanted to die in battle because they believed that then they would go to a special heaven-like place where they would feast. If they died in bed, the would go to the underworld. That seems like a good way to encourage your people to fight in your battles!

After arriving in England, the old Viking belief system died out because they mostly became Christians towards the end of the first millennium.

Can you answer these questions?

Who was the untrustworthy god?
Loki
CORRECT!

Thor
Odin
When the Vikings first came to England, they worshiped
many gods
CORRECT!

one god
no god
Who was buried on a ship?
Viking chief
CORRECT!

all Vikings
those who died in battle
Why did Vikings want to die in battle?
feasting in the afterlife
CORRECT!

Photo by Don Hainzl on Pexels.com
get to be buried on a ship
get to go to the underworld
Why did the Viking belief system die out?
They became Christians.
CORRECT!!

Photo by Pineapple Supply Co. on Pexels.com
They died out.
They became Muslims.